The UK Government should ditch its 20% renewables target, scrap its carbon price plans and exempt energy intensive industries (EIIs) from the policies as the nation’s mineral products manufacturing sector […] 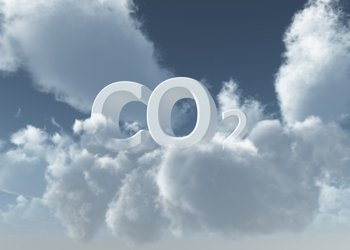 The UK Government should ditch its 20% renewables target, scrap its carbon price plans and exempt energy intensive industries (EIIs) from the policies as the nation’s mineral products manufacturing sector is “under threat”.

A new article published by Westminster think-tank Civitas, the Institute for the Study of Civil Society, claims the UK has the highest carbon reduction target in Europe which is causing “great damage” to the £800 million cement sector, especially the EIIs.

Kaveh Pourvand, the author of the article suggests the UK’s EIIs need a “competitive cost base”. He said even though Germany has ambitious emissions reduction targets, it is “careful to protect its EIIs with significant concessions on energy costs”, estimated to be around €9 billion (£7.4 billion) last year.

In the article reports: “It is accepted across the political spectrum that a manufacturing revival is needed to put the UK economy on a course of sustainable growth. For this to happen, the UK Government needs to ensure that UK-based EIIs have an internationally competitive cost base. They currently do not.

“Energy is a key cost for the EIIs but the UK’s current decarbonisation strategy raises these to high levels relative to competitor countries. Indeed, UK regulations only add to already considerable costs created by EU legislation. As a consequence, Government policy is likely to be environmentally and economically self-defeating by encouraging mobile EIIs to relocate to less carbon constrained developing economies.”

The article also suggests the UK’s Carbon Price Floor (CPF), the amount firms will have to pay per tonne of carbon dioxide they emit, does not help businesses. It is unique to the UK but the total amount of emissions is set across the whole of the EU by selling carbon permits known as EUAs. The report claims the “obvious flaw” is that if Britain cuts its carbon emissions, the same net amount of emissions are permitted across the EU anyway.

Mr Pourvand writes: “The scheme does nothing to reduce CO2 emissions because total EU emissions are set at an EU-wide level. This means that if British firms are dis-incentivised from purchasing EUAs, they would merely be left on the market for other European firms not subject to CPF.”

He suggests the UK should also abandon its “unachievable target” of generating 20% of its electricity from renewable sources by 2020 as the Government’s Renewables Obligation (RO) policy, which requires energy firms to purchase a minimum amount of renewable energy, is “damaging”. Mr Pourvand claims Britain has set a target which makes manufacturing “uncompetitive”.

The news follows DECC’s publication of the UK Renewable Energy Roadmap Update, which suggested the UK is on track to meet its target of generating 15% of its energy from renewables by 2020.