Russia has officially joined the OECD’s nuclear group, the Nuclear Energy Agency (NEA). As of 1 January 2013, Russia is the 31st member of the intergovernmental nuclear energy organisation which includes […] 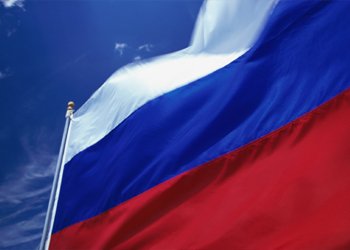 Russia has officially joined the OECD’s nuclear group, the Nuclear Energy Agency (NEA). As of 1 January 2013, Russia is the 31st member of the intergovernmental nuclear energy organisation which includes countries from Europe, North America and the Asia-Pacific.

In the wake of the 2011 Fukushima nuclear disaster in Japan, there has been much focus on sharing knowledge and expertise between nations to avoid future catastrophes.

The NEA pulls together nuclear experts aimed at developing science and technology for safe, environmentally friendly and economical nuclear energy for peaceful purposes.

Members contribute and have access to the Data Bank which includes computer codes and nuclear data, used for the analysis and predicting nuclear phenomena.

Russia has the fourth largest civilian nuclear programme in the world after the United States, France and Japan. Currently, around a fifth (18%) of the country’s electricity is produced by 33 nuclear reactors.

The country is steadily moving towards an expanded role of nuclear energy, with 11 reactors under construction and plans for nearly doubling output by 2020.

The OECD’s Secretary-General, Angel Gurría said: “With Russia, the NEA will have additional strength when it comes to nuclear energy, nuclear safety, waste management or economics. It is all the more important in the post-Fukushima context: international co-operation needs to be enhanced to make sure that all the lessons learnt are fully implemented.”

Andrey Denisov, First Deputy Minister of Foreign Affairs of the Russian Federation said: “We are particularly proud to become an NEA member. It is also an important step in the direction of full OECD membership.”