MPs ‘have it in’ for big energy users

Claims that firms which use large amounts of energy are making “windfall profits” from Government hand-outs have been branded “misleading” by industry representatives. On Friday, MPs on the Environmental Audit […] 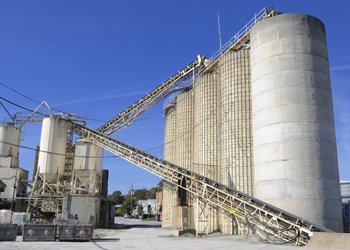 Claims that firms which use large amounts of energy are making “windfall profits” from Government hand-outs have been branded “misleading” by industry representatives.

On Friday, MPs on the Environmental Audit Committee brought out a report which stated a pot of Treasury cash to compensate firms for new carbon taxes needed tighter controls.

They suggested the £250million might be going to firms who have already benefited from a glut in emissions allowances in the EU.

However industry spokesman Jeremy Nicholson told ELN the Committee is unfairly pointing the finger at firms which have seriously suffered during the recession.

He drew a distinction between industries using large quantities of electricity such as electric arc steel making and chlorine production, which the government’s £250m compensation is aimed at, versus those which emit a lot of carbon but don’t use quite as much electricity such as cement-making (pictured).

Speaking for the Energy Intensive Users Group, Mr Nicholson said: “The Committee seems to have it in for steel, cement and ceramic industry which have more allowances because they’ve been going through a dreadful recession. It’s misleading to say they’re making windfall profits.”

He added: “Many took massive hits during the recession and some like TATA have been laying off workers. If the Committee thinks they’ve been profiting, tell that to the steelworkers without jobs.”

Other rival manufacturing countries are being far more generous to industries, he claimed: “The package for UK companies is a drop in the ocean compared to the level of support on offer from other European countries. The [workers’ union] TUC gave evidence to the Committee estimating the level of assistance in Germany was €7billion.”

The Committee acknowledged there was a strong risk of “carbon leakage”, when firms with large emissions move their business out of the UK to avoid carbon taxes, which Mr Nicholson said was a welcome admission.