German utility RWE Power is testing a system aimed at storing energy from wind generation. The Siemens-designed system, called electrolysis, will use excess energy generated by wind turbines to separate […] 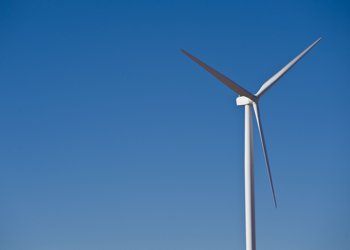 The Siemens-designed system, called electrolysis, will use excess energy generated by wind turbines to separate water into hydrogen and oxygen.

The new technology, which is currently being built in the Coal Innovation Centre at the Niederaussem power-plant location, enables electric power to be converted into hydrogen.

The hydrogen produced in the system can be used with carbon dioxide from the power plant’s gas to produce methane. It can also be placed in storage in the form of natural gas and when required, the gas can be turned into electricity or made available to the heating market.

Dr Ulrich Hartmann, RWE Power Board member responsible for Research and Development said: “Renewables often generate more electricity than is consumed when energy demand happens to be low. At our Coal Innovation Centre, we are investigating various ways of storing and using this excess energy. That is becoming more and more important as renewables go on growing if this energy is to be called at night or when there’s a lull in the wind, say.”

Building and trialling the system is part of the CO2RRECT research project supported by the German Federal Ministry of Economics and Technology and includes the examination of how hydrogen can be produced from excess renewables-based electricity and carbon dioxide used as a raw material.