The “skewed” way offshore wind farms are licensed could lump far more cost on our energy bills than it needs to, claims a new report from MPs on the Public […] 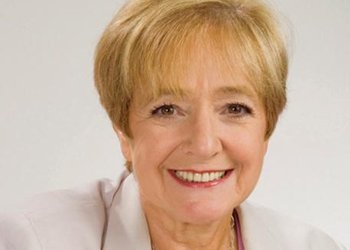 The “skewed” way offshore wind farms are licensed could lump far more cost on our energy bills than it needs to, claims a new report from MPs on the Public Accounts Committee (PAC).

This will need around £8 billion of investment in offshore platforms, cables and onshore substations to bring electricity from offshore wind farms onshore to the national electricity grid.

Today MPs warned the new “elaborate” regime which licenses operators of these transmission networks appears “heavily skewed” towards attracting investors rather than providing a good deal for consumers.

Operators get their income from the National Grid which in turn recovers its costs from electricity suppliers and generators.

Although no public funds are meant to be directly involved, the report suggests the future payments to licensees, amounting to around £17 billion, will in fact be passed onto consumers through electricity bills.

Margaret Hodge (pictured), Labour MP and PAC chair said: “Not only is it unlikely that this new licensing system for bringing electricity from offshore wind farms onto the national grid will deliver any savings for consumers, it could well lead to higher prices.

“The terms of the transmission licences appear to have been designed almost entirely to attract investors at the expense of securing a good deal for consumers.  Licensees and their investors are provided with a guaranteed income, increasing annually in line with RPI, for 20 years regardless of the extent to which the assets are used.”

She went on to criticise the lack of competition in the market for offshore transmission.

Mrs Hodge said: “The Department and the Authority told us their aim was to develop a competitive market for offshore electricity transmission but the reality is that the first six licences were won by just two companies.

“In setting up this new market the Department and Authority ignored vital lessons from previous government experience of PFI, such as the need to share refinancing gains and it is shocking that the Treasury allowed it to proceed.”

Ofgem admitted the first tenders for the transmission licenses were run with “interim arrangements” and said it has “always” intended to improve the process to benefit consumers.

The Authority added in statement: “Ofgem’s objective is to ensure this necessary investment is delivered at a fair price. In the first round of the process, new entrants were awarded licences following strong competition. Ofgem estimate this saved at least £290 million for consumers.”

A DECC spokesperson also defended the tender process: “Potential licence holders bid against each other on price in the context of the licence terms. With six licences now granted, now is the right time to re-examine some of the terms. We therefore welcome Ofgem’s current consultation on them.”

A DECC-Ofgem project last year found co-ordinating investment in the offshore transmission grid could save £3.5 billion, added the spokesperson.