The Government today asked regulators to assess the design of the reactor for Horizon’s nuclear power plants. The project’s Japanese owners Hitachi said this marks “important progress” in the project […] 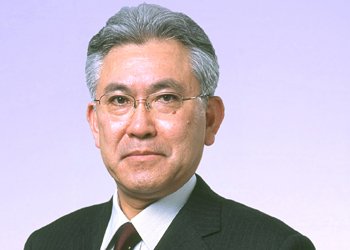 The Government today asked regulators to assess the design of the reactor for Horizon’s nuclear power plants. The project’s Japanese owners Hitachi said this marks “important progress” in the project to build two to three new plants in the UK.

Energy Minister John Hayes has asked the Office for Nuclear Regulation and the Environment Agency to conduct a “thorough investigation” into the design of the reactor. This is essential for any new nuclear project to go ahead.

Between four and six of the Advanced Boiling Water reactor (ABWR) will be used at power stations in Wylfa, Wales and Oldbury, Manchester if the regulators approve the design. This kind of reactor already powers several plants in Japan and is licensed in the USA and Taiwan.

Mr Hayes said: “New nuclear has a central role to play in our energy future, delivering secure, low carbon power and supporting jobs and economic growth. Hitachi’s commitment to the UK is extremely welcome and I am determined that we work closely with the company to deliver their planned investment.

“We must however be absolutely sure that any reactor used in this country meets our rigorous safety standards.”

The Japanese firm said the ABWR is a “proven” reactor design which has been constructed “to time and budget” at four locations in Japan.

Masaharu Hanyu, Vice President of Hitachi and chief executive for the firm’s Nuclear Power Systems business said: “Today’s announcement from the Minister of State marks the start of an important process for the ABWR, for Hitachi-GE and for Horizon Nuclear Power. The UK GDA is a rigorous and thorough process and we look forward to having our initial discussions with the regulators.”