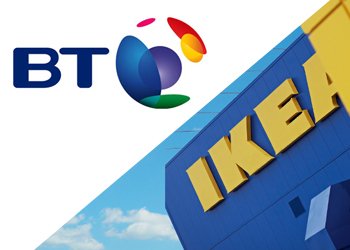 More big businesses will set up multiple power projects on their sites while pressure to cut down on energy use will “filter down” to employees in corporate firms around the world this year.

These are two of the latest predictions for energy managing in 2013, which suggest there is no sign the growing awareness about using energy smartly will taper off.

Firms will move from only having one power project to building a clutch of them on locations around their sites, according to analysis firm Verdantix which looked at corporate energy strategies and the regulatory environment over the next 12 months.

The researchers cite IKEA and BT as examples, as the furniture retailer has already installed solar PV at 40 of its stores across seven countries and allocated funding to 124 more projects, while the telecoms giant plans to install 250MW of renewable energy across its UK sites by 2016. BT could get a quarter of its current electricity needs from this, states the report.

On top of this, the energy efficiency message will trickle down the supply chain as corporates “ramp up” pressure on their suppliers. The Verdantix report notes HP was an “early adopter” of this, with the electronics fim reporting in 2011 that 12 of its China-based suppliers had slashed energy use by more than 6GWh in total.

Another of the eight predictions suggests firms will snub electric cars (EVs) and leave them in the showroom until at least 2015, pointing to global logistics firm FedEx which has purchased just 43 EVs to date, despite a worldwide fleet of more than 40,000 vehicles.

China will dominate the smart meter sector while shale gas will fail to gain traction in Europe, according to the analysts, while big utilities will get stuck into using energy data.