The Prime Minister strongly condemned the group responsible for the hostage crisis at British firm BP’s gas field in Algeria this morning. On Wednesday in the early hours the In […] 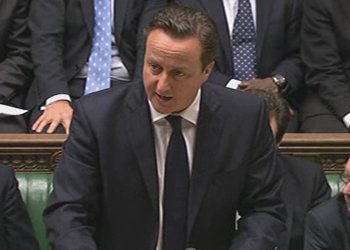 The Prime Minister strongly condemned the group responsible for the hostage crisis at British firm BP’s gas field in Algeria this morning.

On Wednesday in the early hours the In Amenas gas field jointly owned by BP, Norwegian firm Statoil and Algeria’s Sonatrach was raided by a band of terrorists, which is still holding a number of gas field employees.

Yesterday as news of Algerian armed forces mounting action against the terrorists emerged, Mr Cameron warned Britain to prepare for “bad news ahead”.

In a statement to the House of Commons today, David Cameron confirmed there were “significantly” less than 30 British nationals held by the attackers on the site. Although details were in short supply, he confirmed the crisis is “on-going” and said he was in contact with the Algerian Prime Minister.

He told MPs: “I’m sure the House will share my disgust at the savage terrorist attack that has been unfolding in Algeria.”

He declared it was of “paramount importance” to guarantee the security of British nationals still being held.

While he said he was disappointed not to be informed of the Algerian military counter-attack before it began yesterday afternoon, Mr Cameron made clear he felt it was the “terrorists who are responsible for the loss of life”, reinforcing the Government’s “implacable opposition to terrorism”.

One Briton has been confirmed dead and his family were informed on Wednesday, Mr Cameron said.

Labour leader Ed Miliband added the “shocking act of terror” on people making an “honest living” was “appalling”. He said the Government had his party’s full support on the matter.

Oil giant BP’s latest statement this morning said the “serious situation” remains “unclear and BP continues to seek updates from the authorities” adding it is in direct contact with the families of all of those staff affected.

Bob Dudley, BP Group Chief Executive said: “Supporting our colleagues and their families at a time of such extreme concern is essential, and we are seeking to support them in every way we can.”