An energy company in the UAE has launched a project to develop plants which turn seawater into drinking water using renewable energy. The Gulf region accounts for nearly 50% of […] 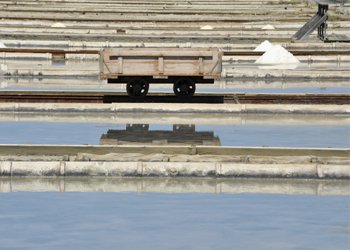 An energy company in the UAE has launched a project to develop plants which turn seawater into drinking water using renewable energy.

The Gulf region accounts for nearly 50% of the words desalinated water. In the UAE, which sits on the coast of the Gulf of Oman, seawater desalination requires around 10 times more energy than freshwater production, with its costs projected to rise by 300%. Desalination is the process of removing salt and other minerals from water (pictured).

Abu Dhabi-based renewables firm Masdar will test and develop energy efficient seawater desalination plants to be powered by renewable energy and aims to have a facility at commercial scale by 2020. The programme includes three test sites for the technology which will work for the next three and half years, with the aim of significantly cutting the use of energy.

Dr Sultan Ahmed Al Jaber, CEO of Masdar said: “The availability of potable water is one of the most pressing issues in the world, particularly in the Gulf region where water production is a costly and energy-intensive process. With the UAE’s growing economy and rising population, it is crucial that we identify a sustainable desalination solution to meet our long-term water needs.

“Connecting desalination technologies to renewable energy enables us to capitalise on our abundant resources, such as solar, as a solution to improve water security… This programme is the critical first step in identifying viable technologies that will lead to water security for future generations.”