The UK could have more than 1.5 million electric vehicles (EVs) by the end of the decade under new plans set by the EU. In a new clean fuel strategy […] 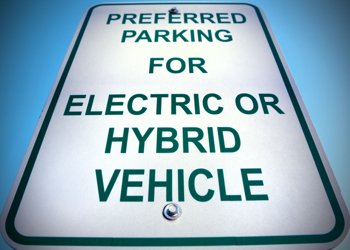 The UK could have more than 1.5 million electric vehicles (EVs) by the end of the decade under new plans set by the EU.

In a new clean fuel strategy launched yesterday, which aims to help build infrastructure for alternative fuel vehicles across Europe, the European Commission (EC) revealed details of targets for EVs and charging stations for member states. The proposal also shows the UK could have 122,000 charging points by 2020, up from 703 in 2011.

To address the problem, the Commission has proposed targets for a minimum level of infrastructure for clean fuels such as electricity, hydrogen and natural gas as well as common EU wide standards for equipment needed.

Siim Kallas, EC Vice President responsible for Transport said: “Developing innovative and alternative fuels is an obvious way to make Europe’s economy more resource efficient, to reduce our overdependence on oil and develop a transport industry which is ready to respond to the demands of the 21st century. Between them, China and the US plan to have more than six million electric vehicles on the road by 2020. This is major opportunity for Europe to establish a strong position in a fast growing global market.”

In the targets for EVs and refuelling infrastructure, the proposal shows only Spain and France are expected to have more electric cars on the road than the UK, with a target for 2.5 million and 2 million respectively, followed by Germany with one million. Germany is also proposed to have 150,000 charging station, followed by Italy with 125,000 (with a target for 130,000 EVs on the road by 2015), France with 97,000 and 82,000 for Spain.