Is the Green Deal the most cost effective loan?

The Government’s energy efficiency initiative has officially been launched today but some in the industry are questioning if the scheme offers the most cost effective loan. The Green Deal is […] 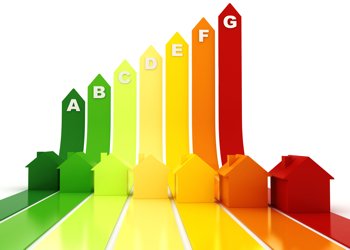 The Government’s energy efficiency initiative has officially been launched today but some in the industry are questioning if the scheme offers the most cost effective loan.

The Green Deal is a way for householders to pay for energy efficient home improvements such as insulation through savings on their energy bills but there have been concerns over the interest rate, which is set at just under 7%.

The repayments are based on estimates of average energy use in homes and future energy prices. There is a penalty for early repayment and consumers must pay up to £150 for their initial assessment and undergo a credit check. They could also be charged £63 for further setup for the loan by energy suppliers and annual operating charges of £20.

Alan Milstein, Chairman of the Residential Property Surveyors Association (RPSA) said: “For many consumers, taking on a Green Deal loan may not be the most cost effective mechanism to fund any green improvements to their property and it will be important that consumers can access advice on the full range of financing mechanisms available to them. With early repayment penalties and the uncertainty surrounding how having a Green Deal loan attached to your property will impact on the future sale-ability of the property, for many homeowners it may be advisable to look at alternative ways to fund any energy efficiency measures, which they plan to introduce.”

He also said the Green Deal could pose a number a risks for the wider property profession and could result in extra work for agents and conveyancers.

Mr Milstein added: “There could be additional work and responsibilities when the first homes with a Green Deal attached come to the market. Under the existing guidance, it will be the responsibility of the homeowner to advise if any Green Deal finance is attached to their property when they come to sell. However, in reality, this information could quite easily slip though the net. If an old EPC (Energy Performance Certificate) is incorrectly supplied, new owners could unwittingly find themselves liable for a loan they didn’t expect.”

Environmental group Friends of the Earth is calling on the Government to “fix” the Green Deal by improving the loan interest rates and making them more competitive for consumers. Head of Campaigns Andrew Pendleton said: “A Green Deal to cut energy waste from our homes and insulate Britons from soaring fuel bills is a great idea but the scheme is undermined by significant flaws. The interest rate on loans is bound to undermine the Green Deal’s appeal to cash-strapped households.”

There are 45 different types of improvements currently available under the Green Deal and householders in England and Wales will also qualify for hundreds of pounds of cashback if they use the scheme to make energy saving home improvements.

Campaigning group The Energy Bill Revolution doesn’t believe the Green Deal will help fuel poor households and suggests the Government needs to do more, however, Energy UK, trade body for the energy industry said it “fully supports” the scheme and will help the Government and providers in making it a success. Chief Executive Angela Knight CBE said they are also gearing up for a major help programme to treat homes and customers who are particularly vulnerable.