A bad switching experience is one of the main reasons that puts consumers off from changing energy suppliers. New research by Consumer Focus suggests more than a quarter (26%) of […] 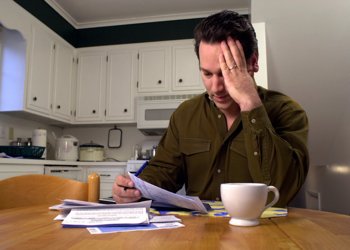 A bad switching experience is one of the main reasons that puts consumers off from changing energy suppliers.

New research by Consumer Focus suggests more than a quarter (26%) of consumers said they would not consider switching their gas or electricity provider in the future due to problems experienced during the process. The most common were closing the bill from their old supplier, delays in the process or receiving poor customer service. Of those who had tried to switch, 7% said they cancelled.

More than one in five also said the process was too difficult or off-putting, almost one in five said they’d end up paying more and almost one in 10 said the customer service was not as good as their former supplier. The report also claims consumers in vulnerable positions are most likely to experience problems and cancel switching, including prepayment meter (PPM) customers. They have a higher switching ‘drop-out rate’ and 43% of them are much less likely to switch again in the future.

However, the report also showed eight out of 10 consumers were satisfied with their switching process.

Angela Knight CBE, Chief Executive of Energy UK welcomed the news and said: “This research shows that 80% of customers who switch energy supplier are satisfied with the process, which is good to see. And energy-switching rates are higher than those in other key consumer markets in the UK, such as finance and telecommunications. But we are committed to continuous improvements in the switching process, to ensure that as many customers as possible are encouraged to benefit from our competitive market and shop around successfully for a good deal.”

The report also suggests most consumers aren’t shopping around for the best deal as more than a third switched only after being contacted by a supplier. Statistics from DECC and Ofgem also showed switching rates are down by a quarter than four years ago.