Plans for the construction of a £12 billion underground nuclear waste disposal system in Cumbria have been rejected. Cumbria County Council withdrew from the process of finding a host community […] 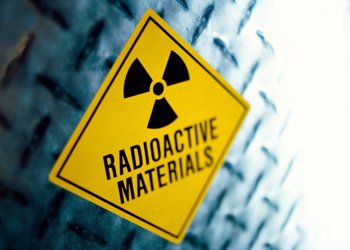 Plans for the construction of a £12 billion underground nuclear waste disposal system in Cumbria have been rejected.

Cumbria County Council withdrew from the process of finding a host community to build the facility. The Cabinet voted against the decision after considering “all the evidence and opinions” put forward during the ‘Managing Radioactive Waste Safely’ (MRWS) process.

Councillor Eddie Martin, Leader of Cumbria County Council said: “Cabinet believes there is sufficient doubt around the suitability of West Cumbria’s geology to put an end now to the uncertainty and worry this is causing for our communities. Cumbria is not the best place geologically in the UK – the Government’s efforts need to be focused on disposing of the waste underground in the safest place, not the easiest.”

The news was welcomed by campaign groups following four years of campaigning against the decision.

Dr Ruth Balogh, West Cumbria Friends of the Earth Campaigner said: “We’re delighted at this decision, the problem of radioactive waste is a national problem – Cumbria should never have been proposed to shoulder this burden. We’re also pleased the council have asked for attention on the interim storage of waste; this has been neglected.”

Leila Deen, Greenpeace Energy Campaigner added: “This decision represents yet another major blow for the Government’s attempts to force the construction of costly nuclear power plants. Even the PM admits we need a plan to store waste before we can build a single new plant. This decision shows that dumping waste in uncertain geology near one of the country’s most pristine national parks is no solution at all. Ministers must now re-consider their nuclear ambitions and turn their attention, instead, to clean, sustainable and renewable energy.”

Energy Secretary Ed Davey, however, said although the Government “respects the decision”, it is disappointed by the news and would continue to look for an underground storage site.

He said: “We are clear that nuclear power should play a key role in our future energy mix as it does today. I am confident that the programme to manage radioactive waste safely will ultimately be successful and that the decisions made in Cumbria today will not undermine prospects for new nuclear power stations.

“It is however absolutely vital that we get to grips with our national nuclear legacy. The issue has been kicked into the long-grass for far too long. We remain firmly committed to geological disposal as the right policy for the long-term, safe and secure management of radioactive waste… We will now embark on a renewed drive to ensure that the case for hosting a GDF (Geological Disposable Facility) is drawn to the attention of other communities.”

He added there would be a “substantial community benefits package worth hundreds of pounds” for any host community in addition to hundreds of jobs and investment.