Decline in power deals in 2012 but ‘robust outlook’ ahead

The value of deals within the power and utility sector decreased by 16.8% in 2012 due to continued low natural gas prices and global economic uncertainty. A quarterly report from […] 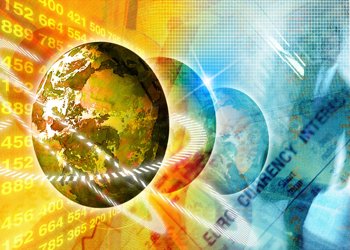 The value of deals within the power and utility sector decreased by 16.8% in 2012 due to continued low natural gas prices and global economic uncertainty.

Deal values in Europe declined by 74% in the second half of 2012, which was believed to have been driven by the delays in European utilities’ privatisation programmes, keeping investors on the sidelines. In the US, total deal value declined 58.2% last year compared to 2011 as low natural gas prices prompted some market players to hold on to energy generation projects.

Europe contributed nearly 50% of total global deals and value in 2012 and is believed to have been the “favourite destination” for Asian investors, which was driven by “favourable regulatory policies and availability of high-quality assets”. The region continued to be the focus for renewable energy transactions, with wind being the most active sector and the UK remained one of Europe’s most attractive markets.

However, the price collapse in the EU carbon market and cheap coal exported from the US made gas-fired power plants “unprofitable” in many parts of Europe. Carbon prices in Europe hit record lows in 2012 and lost over four fifths of their value since 2008 as a result of failing power demand in European economics.

The report predicts 2013 to be “more robust”, with “billion-dollar deals” anticipated to come out of European utility programmes. Focus on renewable generation is also expected to increase in Europe this year.

Joseph Rodriquez, Ernst & Young Global Power & Utilities Sector Resident said: “The ingredients are in place for a steady deal-making environment in 2013. Access to credit remains relatively strong and there is a war chest of sovereign wealth capital ready to be put to work. The valuation gap between buyers and sellers that held up some deals in 2012 will narrow as sellers act on investor pressure to redeploy capital.”