The new head of energy firm npower has pledged his firm would rocket up the customer satisfaction table from last to first place. The supplier’s performance with customers appeared to […] 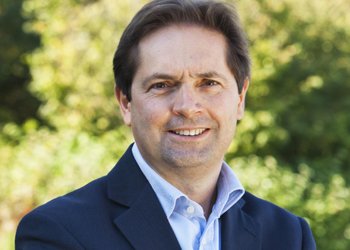 The new head of energy firm npower has pledged his firm would rocket up the customer satisfaction table from last to first place.

The supplier’s performance with customers appeared to wobble recently when it was voted the bottom of a league table ranking the UK’s energy providers by consumer group Which?.

Now Paul Massara (pictured),  new chief executive of npower who took over from Volker Beckers at the start of the year, has announced a plan to make his company number one in the industry for customer experience by 2015.

The energy firm which has 6.5million customers wants to leapfrog its competitors with a new ‘Voice of the Customer’ scheme. This will use customer feedback to shape future business decisions, said the supplier.

Mr Massara said: “In the past we’ve been an engineering-led company and we were known as number one for investment and innovation in the UK’s infastructure: from now on, we’re a new customer-led business and we want to be number one at this too. It’s time for a step change in our business culture – everything we do will have the customer at the heart of it.”

The firm’s parent company RWE recently had a re-jig, leaving the npower business in the UK as a standalone retail company while RWE’s power stations across Europe are a separate organisation.

The npower boss went on: “The changes we need to make are not going to happen overnight but watch this space – the changes start here.”

Consumer switching website uSwitch said it was about time suppliers worked hard to win over customers. Ann Robinson, Director of Consumer Policy at uSwitch.com said: “This is a very welcome move. Consumer trust in energy suppliers is at a low so any steps that suppliers and the industry as a whole can take to repair this are to be applauded.”