The cost of decommissioning the Sellafield nuclear site has reached £67.5 billion and there’s no indication of when it will stop rising. A new report by the Public Accounts Committee […] 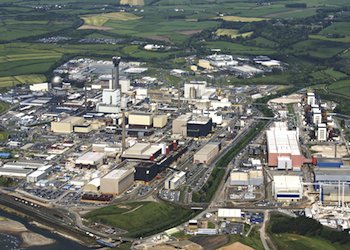 The cost of decommissioning the Sellafield nuclear site has reached £67.5 billion and there’s no indication of when it will stop rising.

A new report by the Public Accounts Committee showed around £1.6 billion of public money is being spent at the site every year but is not convinced the taxpayers’ are “getting a good deal” from it.

The Rt Hon Margaret Hodge MP, Chair of the Committee of Public Accounts said: “An enormous legacy of nuclear waste has been allowed to build up on the Sellafield site. Over decades, successive governments have failed to get to grips with this critical problem… The Nuclear Decommissioning Authority [NDA] believes that its decommissioning plan is credible but it has not been sufficiently tested and uncertainties remain – not least around what precisely is in the waste that lies in the legacy ponds and silos… Furthermore, now that Cumbria County Council has ruled out West Cumbria as the site of the proposed geological disposal facility, a solution to the problem of long-term storage of the waste is as far away as ever.”

The NDA was set up in 2005 and is responsible for managing the UK’s nuclear waste. The Committee also said numerous deadlines to clean the Cumbria site weren’t met last year, leaving many over budget.

John Clarke, NDA’s Chief Executive Officer said: “Of course, not everything has gone smoothly on such a complex and highly technical programme and the report has rightly pointed to areas where we and the site need to do better. We have a programme of improvements in place and continue to work with Sellafield Ltd and NMP [Nuclear Management Partners] to make continued progress across a broad front of safe operations and project delivery.”

The MPs suggested all payments to NMP and their constituent companies need to be “strictly controlled” and determined by “robust, verified assessments of the value gained” so payments are not made where companies haven’t delivered.

The Prospect union welcomed the report and called for more scrutiny of the Sellafield nuclear clean-up.
Mike Graham, Prospect’s National Secretary said: “The Select Committee is right to call on the Nuclear Decommissioning Authority to demonstrate what value it is getting for the payments made to NMP. But it fails to acknowledge the positives NMP has brought to Sellafield, not least of which is the technical knowledge and expertise gained from nuclear sites across the world.

“However now is the time for closer scrutiny. NMP Ltd should not only be called to account but it should question whether the senior management team at the site is delivering the promised commitments. We need more evidence that the salaries paid to NMP senior directors match their actual performance within the company. Closer scrutiny would ensure that the public is actually paying for expertise that brings added value to the clean-up operation and not just bolsters NMP Ltd’s reputation.”

According to the Committee, Sellafield is the largest and most hazardous site in the NDA’s estate and is home to an “extraordinary accumulation of hazardous waste”, much of it stored in outdated nuclear facilities.