A new energy club vowing to keep consumers on the cheapest deal by constantly monitoring their tariff was launched this week. Martin Lewis, founder of MoneySavingExpert.com said his new venture […] 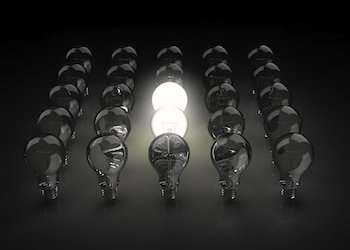 A new energy club vowing to keep consumers on the cheapest deal by constantly monitoring their tariff was launched this week.

Martin Lewis, founder of MoneySavingExpert.com said his new venture called the ‘Cheap Energy Club’ (CheapEnergyClub.com) could shift the balance of power in the consumer’s favour. The website will check the tariffs people are on and will let them know which supplier to switch to for a cheaper deal. If the site can help a customer switch, consumers can get cashback worth up to £30, which is expected to encourage more people to switch.

Mr Lewis said: “The energy market is broken, competition is failing, consumers are being shafted and with continued price rises the underlying roar of dissatisfaction is growling louder. Many people are confused, scared or disaffected with the idea of switching energy. For a long time people have said to me ‘Can’t you just do it for us?’. Cheap Energy Club is a step closer to us being able to say yes.”

The option of collective switching is also available, which has been backed by the Government as it launched the “Cheaper Energy Together” initiative yesterday.

Energy Secretary Ed Davey said: “We know switching can lead to massive savings, yet many don’t do it. Helping consumers get a better deal on their energy bills is a top priority of the Government and we have proposed legislation to ensure that consumers are on the cheapest tariff that meets their preferences. Cheap Energy Club will back up our efforts and so is a really welcome development.”

Mr Lewis added: “Unlike the collective switches we’ve seen so far, which are focused on one-off short term gains, this is the perfect vehicle to bring together a large group of people to have permanently cheap energy. We will know what tariff you are on and we will tell you when it is time to switch if you are no longer on the cheapest – taking the hassle out of being an energy tart.”

A survey commissioned by MoneySavingExpert showed 55% of people haven’t switched in the last three years, with 22% not thinking it was worth it, 17% said it was “too much hassle” and 10% said it was “too confusing”.

Last month ELN reported new research suggesting UK householders could cut their annual energy bills by more than a fifth and save as much as £285 a year by switching suppliers.