Smaller countries are likely to back out of smart metering schemes as the EU’s energy efficiency measures “waters down” the billing and metering requirements found in previous drafts. A research […] 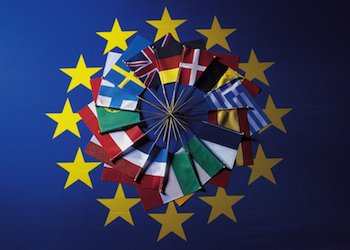 Smaller countries are likely to back out of smart metering schemes as the EU’s energy efficiency measures “waters down” the billing and metering requirements found in previous drafts.

A research and consulting firm claims many countries are concerned about the cost of smart metering proposed under the EU’s Energy Efficiency Directive, which was agreed by the member states last year. The Directive is aimed at increasing energy efficiency in households, industries and transport sectors and includes the roll-out of smart meters.

Jonathan Lane, GlobalData’s Head of Consulting for Power and Utilities said: “The EU has watered down its proposals on smart metering in its EU Energy Efficiency Directive. Concerned about the cost of smart metering, many countries prefer to target energy efficiency via the public sector, energy retailer obligation mechanisms and a focus on co-generation and district heating. The smart metering industry must take some responsibility for this result. It has been unable to deliver a simple, mass-market product to Europe such as those found in the USA… Why would a utility in Hungary buy a GPRS-enabled smart meter for €100 when it can buy a single-phase electronic meter for €10?”

He also argues the policy makers at the national and EU levels are to blame due to their “inability to articulate” the purpose of smart metering in Europe. Mr Lane added: “Is it to drive energy efficiency, reduce non-technical losses, to enable large quantities of intermittent renewables to be connected to the grid, to support electric vehicles, to deliver demand response?”

According to the analysts, Germany, Poland, Slovakia and a few other countries have yet to complete cost-benefit analyses (CBAs) for electricity but Belgium, Lithuania and the Czech Republic have already completed “negative” CBAs and will not be implementing smart metering and smart grids. They claim the “undecided countries” account for 80 million metering points or 34% of the EU total.

GlobalData also claims the gas metering situation is “even worse”, with only Italy, the Netherlands and the UK currently going ahead, whilst Portugal, Spain, Belgium, the Czech Republic, Denmark and Slovakia “have already reached negative conclusions”.

The EU Energy Efficiency Directive includes a 20% energy efficiency target by 2020 as well as 20% renewable energy and carbon reduction targets. The UK Government aims to get smart meters into every home in the country by the end of 2019.