The Scottish Government has removed  subsidy for biomass power plants of more than 15MW due to concerns they will use too much wood. Energy Minister Fergus Ewing made the announcement […] 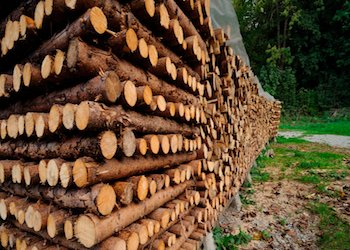 The Scottish Government has removed  subsidy for biomass power plants of more than 15MW due to concerns they will use too much wood.

Energy Minister Fergus Ewing made the announcement for future support levels and said wood-fuelled biomass plants with more than 15MW of capacity will only receive support if they operate as combined heat and power (CHP) stations.

Mr Ewing said: “We have made clear our concerns over competition for a finite supply of wood and our belief that there should be a greater focus on biomass in smaller scale energy projects wherever possible and the responses to our consultation reflected that.

“We are removing support for those biomass stations over 15MW that do not provide good quality combined heat and power. This is a slightly higher ceiling than we had proposed but our forecasts for additional supplies of wood in the market place mean that new capacity which might be built will not affect existing users – and indeed will create opportunities for businesses in the forest supply sector.”

The news follows the launch of a consultation by the Scottish Government in October last year on the levels of the Renewables Obligation (RO), which is the support mechanism for renewable energy, including biomass and solar power. The RO currently costs domestic consumers between £15-£20 a year and could rise to £53 per year by 2017, however, bills in 2020 is expected to be £94 cheaper with renewables and energy efficiency policies than without them.