The British public favours nuclear power as the most popular choice to provide for the UK’s future energy needs. That’s according to a new poll by YouGov, commissioned by the […] 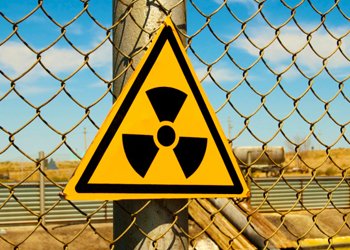 The British public favours nuclear power as the most popular choice to provide for the UK’s future energy needs.

That’s according to a new poll by YouGov, commissioned by the Sunday Times, which showed nuclear energy topped the list with 26% of the votes. The news comes amidst the UK Government’s plans for a more green and sustainable future for the nation.

The Nuclear Industry Association (NIA) welcomed the news and Chief Executive Keith Parker said: “These results are an overwhelming vote of confidence for low carbon energy. This is a clear mandate from the British public for the Government to maintain the momentum on creating a low carbon future, with reduced dependence on gas and coal.”

Wind and marine power stood in joint second place, with both receiving 18% of support, followed by 16% for solar, however, gas only accounted for 5% and 2% of the votes. This showed there was three times more support for wind, wave and tidal power than gas and nine times the support for coal.

Jennifer Webber, Director of External Affairs at RenewableUK said: “Each time one of these national polls is published we see the same message – resounding support for wind, wave and tidal, continued acceptance of financial support for them and understanding of the benefits. Government needs to focus all its efforts on realising the low carbon future people are calling out for – 78% of people polled chose a low-carbon source of energy as their choice for the future. To achieve the investment needed to secure people’s overwhelming request for a low carbon future, we need to see a signal from Government beyond 2020. The 2030 target would be a great way to achieve that.”

Two thirds of those questioned also said the Government is right to pay energy companies to help develop wave and tidal energy although 13% disagreed and wind saw 56% in favour of continued financial support.

The news follows an ELN story last week, which reported that wind connected to the grid generated a record 5GW of power, equivalent to 12% of the nation’s demand.