Russian state gas company Gazprom has warned investors of a drop in profits and sales revenue in 2012. In its Investor Day presentation in Moscow, the firm said it paid […] 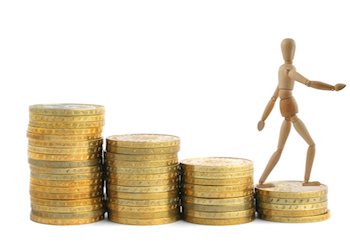 Russian state gas company Gazprom has warned investors of a drop in profits and sales revenue in 2012.

In its Investor Day presentation in Moscow, the firm said it paid out $2.7 billion (£1.7bn) last year in refunds to customers in Europe. It also plans another $4.7 billion (£3bn) in potential price cuts this year as the company aims to keep its pipeline gas prices competitive and incentivise customers to buy more gas.

According to analysts at global information company IHS, the firm’s stock price was at its lowest level in more than three years in 2012.

They added: “Although the company has earmarked $40 billion (£25.6) for capital expenditures this year, down from $44 billion (£28.2) in 2012 and some 28% lower than originally planned before forecast spending levels for 2013 were cut in December 2012, Gazprom is not exactly known for being spendthrift and with multiple major gas production and infrastructure projects in progress, it will be a major challenge for the state company to keep its costs under control.

“The company’s ability to keep a lid on costs will be closely watched this year, as will Gazprom’s ability to sell more gas and boost its sales revenues. The Russian company is facing greater competition for its gas in Europe as spot prices and more flexible pricing strategies from the likes of Norway’s Statoil put Gazprom’s defence of its traditional oil-indexation pricing strategy to the test.”

IHS, however, said the firm aims to increase its production and overall gas exports this year. The analysts suggested Gazprom may need to “take a more proactive approach” to reducing its gas export prices in order to incentivise customers to buy more gas “rather than continuing to react to changing market conditions” by offering lower prices to customers.