Shale gas has been hailed as a game-changer after it’s gushing success in the United States – but it’s lesser known sister could have an even bigger impact, according to […] 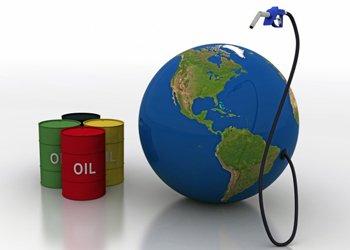 Shale gas has been hailed as a game-changer after it’s gushing success in the United States – but it’s lesser known sister could have an even bigger impact, according to new research.

The global impact of shale oil – which is extracted the same way as shale gas – could “revolutionise” the world’s energy market in the next few decades as it has the potential to reach up to 12% of the world’s oil production.

New analysis by PricewaterhouseCoopers (PwC) suggests shale oil production could boost global GDP by up to $2.7 trillion (£1.7tn) by 2035, which is equivalent to almost 14 million barrels a day. The extra supply means it could also push global oil prices down by up to 40% and could present “significant strategic opportunities and challenges” for governments and the oil and gas industry.

John Hawksworth, Chief Economist at PwC and co-author of the report said: “Lower global oil prices due to increased shale oil supply could have a major impact on the future evolution of the world economy by allowing more output to be produced at the same cost. These effects could build up gradually as shale oil production rolls out across the world to produce an estimated rise in global GDP of around 2.3-3.7% in 2035. This would be roughly equivalent to adding an economy the size of the UK to total global GDP in that year.

“However, the economic benefits of oil price reductions will vary significantly by country. Large net oil importers such as India and Japan may see their GDP boosted by around 4-7% by 2035 in our alternative scenarios, while the US, China, Germany and the UK might gain by around 2-5% of GDP.”

He added major oil exporters like Russia and the Middle East could be “significant net losers” in the long term unless they can develop their oil resources on a large scale.

There are however the same concerns over the process of extracting shale oil, fracking, as there have been for the gas. It involves drilling and injecting fluid into the ground at a high pressure in order to fracture shale rocks to release natural gas inside.

Jonathan Grant, Director of Sustainability and Climate Change said although the technology could give access to much greater fossil fuel reserves, it could also increase total carbon emissions into the atmosphere in the long term.

He said: “While shale oil could give economies a high over the next few decades, it could worsen the low that will follow, with the potential for climate impacts to effect economic growth later this century. Climate scientists who suggest leaving shale oil in the ground will probably lose the argument as the world craves growth. The potential of shale oil in terms of economic impacts simply underlines the need for Governments to use some of the economic windfalls from this to drive investment in carbon capture and storage and other low carbon technologies.”

Another co-author of the report and Director of PwC oil and gas team, Adam Lyons, said the effect of the increased production of shale oil has implications “far beyond the oil industry” and suggests it has the potential to reshape the global economy.