A new £37 million package of funding to expand the UK’s network of charging points for electric vehicles (EVs) has been announced today. As part of the programme, the Government […] 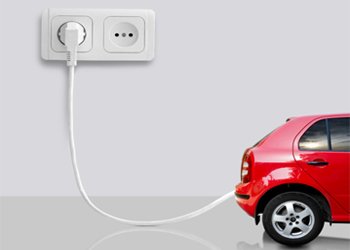 A new £37 million package of funding to expand the UK’s network of charging points for electric vehicles (EVs) has been announced today.

As part of the programme, the Government will provide 75% of the cost of installing new charge points for home and on-street charging and for plug-in vehicles at railway stations. The funding is part of the Government’s £400 million commitment to increase the uptake of ultra low emission vehicles and is available until April 2015.

Transport Secretary Patrick McLoughlin said: “This investment underlines the Government’s commitment to making sure that the UK is a world leader in the electric car industry. Plug-in vehicles can help the consumer by offering a good driving experience and low running costs. They can help the environment by cutting pollution. And most importantly of all, they can help the British economy by creating skilled manufacturing jobs in a market that is bound to get bigger.”

The full package includes up to £13.5 million for UK homeowners wishing to install charging points, up to £9 million for railway stations, £11 million for local authorities and up to £3 million for the installation on Government and wider public estate.

It also includes a previously announced £280,000 funding to expand the Energy Saving Trust’s plugged-in fleets initiative in England to help a further 100 public and private sector fleets understand and identify where ultra low emission vehicles could work for them.