An alliance of businesses, energy companies, unions and church groups are calling on UK MPs to back changes to the Energy Bill for a decarbonisation target by 2030. A total […] 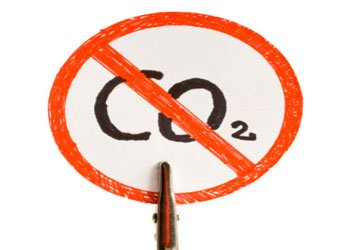 An alliance of businesses, energy companies, unions and church groups are calling on UK MPs to back changes to the Energy Bill for a decarbonisation target by 2030.

A total of 36 organisations, including DONG Energy, Good Energy, Friends of the Earth and Oxfam, signed a joint statement which suggests the Energy Bill could put the UK “firmly on track” to becoming a world leading low carbon economy, boost employment and fight climate change.

It states: “Our organisations jointly call on Members of Parliament to seize this unique opportunity to commit the UK in the Energy Bill to have a near carbon free power sector by 2030 in line with the recommendations of the Committee on Climate Change. We represent different parts of society but are united in the belief that a low-carbon power sector is essential to secure the future wellbeing of our economy, our environment and future generations.”

The call comes as the Government failed to set a decarbonisation target in the Energy Bill last year and delayed it until 2016. However Tory MP Tim Yeo, Chair of the Energy and Climate Change Committee and Labour MP Alan Whitehead have tabled proposals for the Government to include plans for cutting emissions from power generation over the next two decades.

David Nussbaum, Chief Executive of WWF-UK welcomed the call from the organisations and said: “MPs have it within their power to set the UK on course to a near carbon free power sector and to put the country in the lead in the global clean energy race.

“This is exactly the sort of long-term signal that investors are looking for if we want to attract the billions of pounds of investment needed to strengthen the UK’s position as an industrial leader in green technologies, creating highly-skilled jobs in the process.”

MPs are set to debate the latest amendment proposed by the Committee on Climate Change next month, where they could include a revision to the Bill which would require the UK Government to set a decarbonisation target by April next year.