Retailers’ electricity, gas and waste costs have soared nearly £3billion over the last two years. According to new research by Oxford Economics, utility costs have risen 17% since 2010 to […] 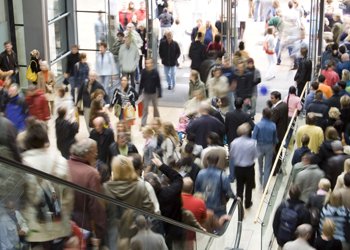 The figures are part of a wider survey commissioned by the British Retail Consortium, which shows retailers have seen the cost of running their businesses rocket £20billion since 2006.

That works out as business costs jumping a fifth since 2006, with annual operating costs rising from £96bn to £116bn. Sales values increased by just 12% over the same period, according to the data. The BRC – which counts Greggs, Starbucks, Tesco and John Lewis among its members – suggests cost increases on that scale are “forcing store closures and curtailing job creation”.

Although private sector or market-sensitive costs such as rents, have responded to economic realities, finds the research, “centrally-driven” costs such as business rates and utility bills have gone up sharply.

Helen Dickinson, BRC Director General believes the Chancellor “has it within his gift” to do a great deal more to help the sector in the next Budget.

She said: “Retail is a major force for good. It’s the UK’s largest private sector jobs provider and has been a powerhouse for investment and growth, even during the relentlessly tough times of the last few years.

“Our figures show dramatic increases in operating costs, often as a direct result of Government decisions. The Chancellor has the opportunity to improve the business environment as a way of re-establishing and maximising retail’s essential contribution to recovery.”

Among several measures asked for the BRC is a freeze of business rates in April 2013, followed by a new system which sets rate increases which are “more affordable and predictable”.