The UK Government’s electricity market reform (EMR) is risking thousands of jobs and investment in the offshore wind industry. Scotland’s Energy Minister Fergus Ewing (pictured) warned the proposals in the […] 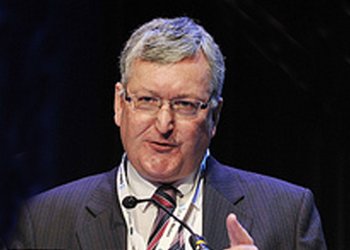 The UK Government’s electricity market reform (EMR) is risking thousands of jobs and investment in the offshore wind industry.

Scotland’s Energy Minister Fergus Ewing (pictured) warned the proposals in the Energy Bill “lack measures” to give investors confidence beyond 2020 and is putting the UK at a disadvantage compared to countries like Germany, which has set a target of 26GW from offshore wind by 2030. This, he said, is due to the “mixed messages” on energy policy and “continuing uncertainty” around the EMR, including the lack of a decarbonisation target.

The EMR is the Government’s initiative to make sure the UK remains a leading destination for investment in low-carbon electricity.

Energy Minister Fergus Ewing said: “Offshore wind has reached a watershed. The industry has enormous potential and to realise this potential it is essential that investors have confidence. Over the past weeks I have spoken to many potential investors who say the uncertainty surrounding Electricity Market Reform is starting to affect their investment decisions.

“The time to reassure them is now. The UK Government must make clear their ongoing support for offshore wind and emulate the Scottish Government’s approach by setting a 2030 electricity decarbonisation target now, not in 2016 as planned under the Energy Bill. Offshore wind has the potential to raise UK GDP by 0.8% and we must seize this prize. The opportunities the industry present us – in terms of jobs, investment, stabilizing energy bills and reducing our carbon output – are too valuable to risk.”

According to a recent report by Cambridge Economics, UK GDP could be £20 billion or 0.8% higher in 2030 – and create 70,000 jobs – if wind is deployed rather than gas. Last month ELN reported a total of £164.5 million worth of investment was made by the offshore wind sector into the Scottish economy, with almost 40% of that (£65 million) made in 2012 alone.

The Department of Energy and Climate Change (DECC) claims the Energy Bill will give more certainty to investors through its Contracts for Difference (CfD), which will give incentives for businesses to invest in low-carbon power. A spokesperson added: “We recently tabled new clauses to the Energy Bill to allow us to set a decarbonisation target range for the power sector for 2030 in 2016 which will provide further certainty still.”

DECC said Scotland’s natural resources “hold massive potential” to help the UK deliver its target of achieving 15% of energy from renewable sources by 2020.