Drivers are being warned that fuel prices could soon reach their highest level as the average cost of petrol has risen 6.24p a litre since last month. According to the […] 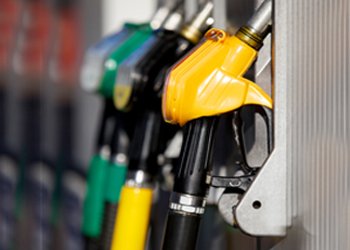 Drivers are being warned that fuel prices could soon reach their highest level as the average cost of petrol has risen 6.24p a litre since last month.

According to the AA’s latest ‘Fuel Price Report’, January alone saw a 5p rise, bringing the average cost of petrol in the UK to 138.32p a litre compared to 132.71p a month ago. Diesel also stands at 145.10p a litre, an increase of 4.78p compared to mid-January. This is the third time in the last year where the price of petrol has risen by 5p in just a single month.

The AA claims the increase is due to a combination of “stock market speculators pumping up the price of petrol and financial gambling pushing down the value of the pound”. It is calling on Chancellor George Osborne to cancel plans to increase fuel duty later this year.

AA President Edmund King said: “This latest surge in fuel prices and its impact on spending indicates that UK drivers and families can’t take any more. We are no longer talking of the motorist as a cash cow for tax and speculator greed but a horse slowly but surely being flogged to death.

“Given the lashing motoring families and UK businesses are taking from speculator-driven fuel prices, we hope the chancellor spells out clearly in the forthcoming budget that he can feel the pressure that rocketing fuel price inflation places on families and business and that he will cancel the September rise if that strain is too great.”

The 6.24p a litre hike has added £3.12 to the cost of a typical 50-litre refill, with the rise resulting in the nation’s petrol sales at its lowest level in 23 years. Drivers consumed 1.465 billion litres last month, down 14 million litres compared to the previous all-time low set in March last year. Diesel consumption also fell in January, down 1.923 billion litres.

The AA claims the UK has the thirteenth highest petrol price in Europe and the fourth highest diesel price. The report also showed that currently London and Scotland are both averaging at 137.8p a litre for petrol, beaten by Northern Ireland as the most expensive at 138.7p. However, Yorkshire and Humberside and the North are the cheapest regions at 137.6p a litre.