Scientists from the University of Sheffield making a new type of solar panel using plastic say they have found a new technique to make them more efficient. Their new plastic-based solar […] 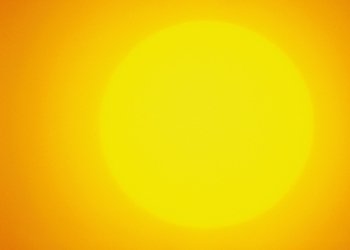 Scientists from the University of Sheffield making a new type of solar panel using plastic say they have found a new technique to make them more efficient.

Their new plastic-based solar cells are currently only about 6.5% efficient, compared to ones made from silicon being sold on the market today which are about 18-20% efficient.

But the engineers say they have found a new way to analyse their cells’ material which could reveal key details about their efficiency – which will be crucial for the new panels to be competitive with existing ones. Plastic or polymer based solar cells could be manufactured more cheaply than silicon ones but efficacy of the cells has been an issue.

The Sheffield scientists are the first to use a cutting-edge ‘neutron scattering’ technique called SERGIS to analyse the material used in their polymer photovoltaic cells, a substance called PCBM.

They fire a beam of polarised neutrons at this substance. Depending on which direction they end up and how polarised they remain after passing through the PCBM, the scientists can work out the structure of the solar cell material, deep inside the layers.

Sheffield’s researchers say by discovering the internal structure of the panels, they can work out whether changes to this structure improve or reduce their efficiency. Past ‘microscopy’ techniques could only reveal information about the surface of a thin film of the PCBM.

Reaching the same level of efficiency as existing panels is crucial although it will probably be five years before we see polymer panels on the market, according to Dr Alan Dunbar from Sheffield’s Faculty of Engineering, who says so far global polymer technology has hit 10% efficiency at best.

He told ELN: “It’s not considered likely the plastic, polymer based solar panels will ever overtake [existing] silicon panels on efficiency but where we hope they’ll exceed silicon panels is by cost.”

They are made by dissolving plastic in a solvent – similar to the way flat screen TVs are made – and it’s a process which could be mass manufactured more cheaply than existing solar panels, he added.