British Gas saw a drop in its business energy profits of £17m while its residential sector saw a massive boost. Its profits in 2012 topped £606million for its residential customers, […] 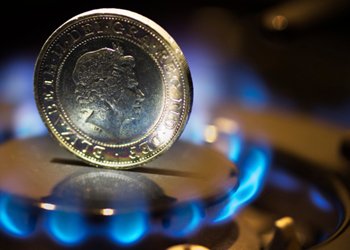 British Gas saw a drop in its business energy profits of £17m while its residential sector saw a massive boost.

Its profits in 2012 topped £606million for its residential customers, rising 11% compared with the year before, according to the supplier’s yearly results released today. The firm’s parent company Centrica put this down to “cooler weather” in 2012 with average domestic gas use jumping by 12%, suggesting this was the reason for a big rise in profits compared to a “warm” 2011.

However the firm took a hit on its business energy supply and services, with profits dropping by £17million or 9%, from £192m in 2011 to £175m last year, which Centrica blamed on the “weak economy”.

Justifying their performance, British Gas said it had won five star customer service rating from Consumer Focus, as well as plans to give 400,000 customers the £130 Warm Home Discount.

While some groups said people were right to be “furious” at the jump in profits which were “tantamount to waving a red rag at a bull”, one UK consumer body conceded the country “needs” profitable energy firms to pay for upgrading our ageing energy system.

Audrey Gallacher, Director of Energy at Consumer Focus said: “We do need to ensure that the lights stay on and that we plan our way out of dependence on imported fossil fuels. But consumers are anxious about the future. They need greater transparency about the relationship between the size of increased prices, increased profits and increased investment. They need to be confident that energy policy was as much about keeping energy affordable as about security of supply or reducing carbon emissions.”

Others seized the chance to rail against Chancellor George Osborne for proposing to “massively increase” UK reliance on gas. Greenpeace Energy Campaigner Leila Deen said: “Gas is driving bills up, and for as long as we’re dependent on it for our energy, our bills will be at the whim of companies like British Gas. That’s why we must move towards a carbon free electricity system, which will be cleaner, safer and cheaper over time.”