A huge underground fire is “still raging” at the UK’s largest working coal mine, casting serious doubts on whether it will be able to re-open in future. The major blaze […] 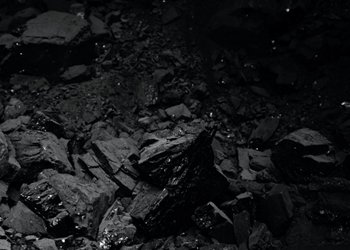 A huge underground fire is “still raging” at the UK’s largest working coal mine, casting serious doubts on whether it will be able to re-open in future.

The major blaze first began as a smaller fire on Friday afternoon prompting all staff at the Daw Mill Colliery in Warwickshire to be evacuated. The fire continues and levels of carbon monoxide in the mine are still massively higher than they should be. A spokesman for the UK’s safety regulator, the HSE said it is aware of the incident and is investigating.

The mine’s owner said there is no risk to residents living close to the site or above the mine but the mine’s future looked less rosy. A spokesman for UK Coal told ELN: “The chances are slim for the mine to continue as a colliery.” He added they are talking with the Government about how to deal with the situation.

Daw Mill provides a third of the UK’s coal and is one of the largest mines in Europe but had been mooted to close within the next year or two, given the uncertain future of coal. An EU directive has banned coal plants from 2016 unless they meet certain environmental requirements with many closing earlier than this deadline.

The mine had found a sliver of “medium-term security” after UK Coal restructured its firm last year, provided it was able to produce coal “safely, reliably and efficiently”. But as UK Coal added in its statement: “The fire puts that security for Daw Mill seriously in doubt and the company will consult over coming weeks with the workforce on the implications for them.”

At peak times, coal counts for as much 40% to 50% of the UK’s energy supply. UK Coal’s spokesman said the fuel is still a “massive” part of the country’s energy industry but added there were “obvious implications” from the Daw Mill fire.