Energy supplier npower has announced a rise in profits last year just months after massive hikes in energy prices. The company saw a 25% increase in profits in 2012 at […] 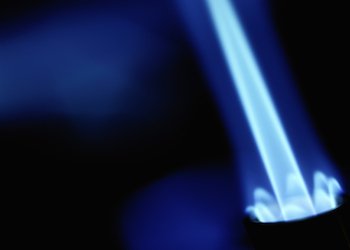 CEO Paul Massara said the firm has a “responsibility to deliver strong performance” on the back of a major programme of investment in the UK to be able to support its customers, staff and investors.

He added: “We have invested billions in the UK and although, at less than 5%, our profit margin remains significantly lower than other FTSE businesses, we are now beginning to see the benefits of that investment as our mix of different power station technologies provide a reliable, efficient energy supply.

“We are now focusing on getting things right for our customers – an area where we need to improve. We will restructure our business to get closer to our customers and continue to invest in our retail business to ensure we deliver on my commitment to make npower number one for customer experience in our industry by 2015.”

Price comparison site uSwitch.com said the profits will make customers wonder why npower had to hit them with a price hike this winter and is calling on the supplier to help UK consumers by cutting its prices again.

Ann Robinson, Director of Consumer Policy added: “Just as we are telling the Government that affordability has to be at the heart of energy policy, we would also remind the energy companies themselves that being strong and financially secure is just part of the picture – there has to be a balance between healthy profits and people being forced to go cold. Investing in the UK is hugely welcome but so is taking every step possible to help keep its citizens warm. In light of today’s announcement we would urge npower to cut its prices again.”

Consumer group Which? agreed and added the Government needs to “take more radical action” to provide both simpler and fairer bills.

Executive Director Richard Lloyd said: “The Prime Minister promised that energy suppliers would have to put their customers on the cheapest tariffs but Ofgem’s recent proposals for simpler tariffs do not go far enough to keep prices in check… Prices will only be kept as low as possible if there is more effective competition and switching between energy companies. For this to happen the price of every tariff should be presented in a clear, consistent and simple way, through single unit prices like those for petrol and diesel, so people can easily spot the cheapest deal – not just with their current supplier but across the market.”

The profits announcement comes a week after British Gas confirmed it made £606 million last year.