UK in midst of “flurry” in renewables investment

The UK is in the midst of a “flurry” in renewable energy investment as firms rush to make the most of certain returns on their cash. With the UK Government […] 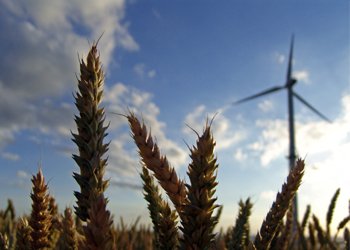 The UK is in the midst of a “flurry” in renewable energy investment as firms rush to make the most of certain returns on their cash.

With the UK Government set to swap from one subsidy regime to a new one in 2017, investors are apparently making the most of the next few years when they can guarantee a steady rate of payment for the energy they generate.

Investment firm Glennmont, which recently announced it is beginning to build its new wind project at Todmorden on the west Yorkshire moors believes this is one reason why UK renewables projects are “very attractive to investors right now”.

Peter Dickson, Partner and Technical Director at Glennmont which is one of the largest infrastructure funds for renewable energy in Europe said: “There is quite a flurry of activity we’re seeing right now, a lot of people very interested in getting into projects. I suspect it’s because there is perceived to be a step change in the way the regulations work in the foreseeable future so people are trying to get assets now.”

The changes ahead are in the Electricity Market Reform or EMR, which is meant to help the UK power network upgrade to cope with new types of energy such as wind, tidal and solar. In 2017 a new subsidy scheme called Contracts for Difference (CfD) will replace the Renewables Obligation which offers cash in the form of so-called ROCs.

Investors seem to be taking the view of better the devil you know, preferring to take their chances with ROCs for now rather than wait for the untried new scheme to kick in, suggested Mr Dickson.

The investment man said: “The larger projects which are currently ROC supported, post-EMR are going to have to start looking at Contracts for Difference which is a shift in the focus. There is a significant amount of market risk in projects now which people are comfortable with managing, they can take their own view on that market risk.”

“The promise of CfD is to take away that risk. The uncertainty is because whilst that is promised and indicated, it’s not yet been clarified exactly how that’s going to be achieved,” he added. But although the change will be “challenging”, he believes there are reasons for optimism.