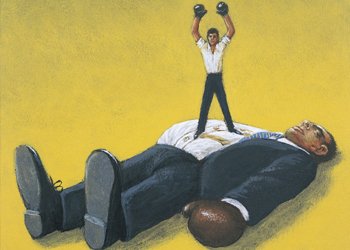 Opus Energy was the highest-rated provider for small and medium energy users, according to rankings based on an energy buyer customer satisfaction survey carried out in 2012.

For major energy users, SmartestEnergy seems to have done the trick while Haven Power came in runner-up for both business markets.

The UK’s largest suppliers seem to have been left with egg on their faces in the survey. EDF Energy brings up the rear in eighth position, narrowly outdone by npower and SSE, while ScottishPower can draw small consolation from beating fellow Big Six suppliers E.ON and British Gas.

SmartestEnergy topped the rankings for large power users for the third time running in the survey by information firm Datamonitor, despite only having a small number of large energy users as customers.

The stats show Opus Energy has made a “meteoric rise” in the rankings since 2011 as it came eighth just a year ago, according to an energy analyst at Datamonitor.

Tom Haddon wrote on the firm’s blog: “It has invested heavily in increasing personnel and improving resource and the results are clear to see.”

The research suggests smaller providers are proving their worth with accurate billing and good account management. However the survey does not appear to include information about other smaller suppliers.