One in five young people in Britain need to get a career in engineering if the UK is to save itself from a severe skills shortage, it was claimed today, […] 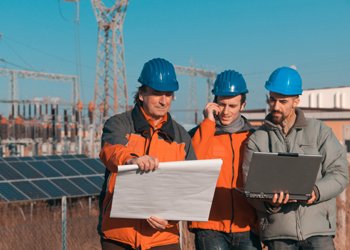 One in five young people in Britain need to get a career in engineering if the UK is to save itself from a severe skills shortage, it was claimed today, which includes the growing demands of the energy industry.

A lack of home-grown graduates in the sciences has already spelled a 40,000 shortage in the number of science, technology, engineering and maths (STEM) graduates the industry requires every year, according to research by the think-tank Social Market Foundation.

Nida Broughton, Senior Economist at the SMF and author of the report called ‘In the Balance: The STEM human capital crunch’ said: “The Government has made clear its aim to rebalance the UK economy towards manufacturing and away from financial services. But it has also pledged to reduce immigration. Our analysis shows that the gulf between skills and jobs makes these aims incompatible in the short-term.”

Recruitment firms say that sectors like energy are screaming out for more skilled workers.

Keith Lewis, managing director of Matchtech which recruits in the engineering sector believes the problem could “continue to get worse over time” unless action is taken now.

Mr Lewis said: “The government must do more to encourage the next wave of engineers into the industry. The UK is the oil and gas capital of Europe and its aerospace sector is one of the largest in the world. Renewables is a fast emerging sector and in need of engineers at all levels. The jobs are there and the industry is thriving – we just have to sell it to the next generation.”