Scots favour wind twice as much as nuclear or shale gas

Scots by far prefer renewables to nuclear or shale gas according to a new survey of attitudes towards energy. The YouGov poll suggests 62% of people in Scotland would be […] 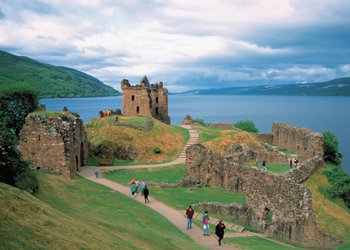 Scots by far prefer renewables to nuclear or shale gas according to a new survey of attitudes towards energy.

The YouGov poll suggests 62% of people in Scotland would be generally for large scale wind projects in their local council area, more than double the number (24%) who said they would support shale gas. Nuclear was a shade more popular than shale gas but still far behind renewable energy at 32%.

Hydro power was the undeniable king of energy in the popularity contest, with 80% of those surveyed saying they would be generally for a large scale hydro project in their area, considerably more than other forms of generation such as gas (42%), oil (37%) and coal (34%).

Niall Stuart, Chief Executive of Scottish Renewables said: “It is encouraging that when people were asked by YouGov about a range of energy sources the majority consistently chose renewables. The poll also suggests a group of people that oppose wind power, and other renewables, are a minority.

“While this polling evidence doesn’t mean that every renewable scheme proposed should be approved, it is important that people bear this research in mind when debating the pros and cons of the differing choices that Scotland could make to meet its future energy needs.”

The poll which was commissioned by trade body Scottish Renewables found more than three-quarters (76%) of those who took part in the survey would prefer to see the majority of their electricity come from low carbon sources.

The results of the YouGov poll were published today at the Scottish Renewables Annual Conference in Edinburgh.