Scotland is “showing the way” on green energy, Energy Secretary Ed Davey declared at a renewable energy conference in Edinburgh yesterday. While over the last two years Scotland has seen […] 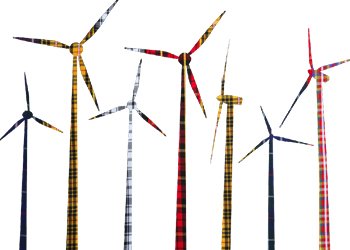 While over the last two years Scotland has seen more than £2.3billion worth of investment in renewables supporting more than 4,500 jobs, the minister told delegates there is the potential of a £8billion more investment in the pipeline.

The renewable energy industry supports 11,000 jobs in Scotland and more than 35% of electricity used in the nation is generated by renewables, he said.

The minister even touched upon the issue of Scotland’s independence, admitting that as an Englishman he feels a “little uncomfortable” about coming to Scotland and talking about the approaching referendum.

He went on: “I believe wholeheartedly that Scotland is stronger as part of the United Kingdom and the UK is stronger with Scotland in it. And the future for Scottish renewables more secure in the UK that outside it.”

Despite his expansive comments towards green energy, he acknowledged the line he had to tread when it comes to steering the UK towards low carbon energy: “I am not the Secretary of State for renewables – or for oil and gas or for nuclear – or for CCS or any other technology for that matter. I am the Secretary of State for all of the above. But within that mix I am also clear, the cleaner the fuel the better, the greener the growth the better.”