Rolls-Royce: Hinkley Point will be “transformational” for UK nuclear

Hinkley Point C could be “transformational” for the British nuclear industry, Rolls-Royce’s President for Nuclear New Build predicted today. As the new nuclear power station won approval from the government […] 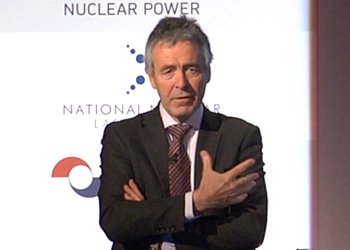 As the new nuclear power station won approval from the government yesterday, Gordon Waddington (pictured) said a “burden of responsibility” came with providing “thousands and thousands of jobs”.

Speaking at the Nuclear New Build conference in London today, Mr Waddington told the industry audience: “What we’re trying to do here is potentially transformational for so much of our industry. It certainly would be for the nuclear part of Rolls-Royce.”

Every British firm involved in the project needs to pull together or risk fluffing the bright future for nuclear in the country, he added: “EDF have a really important role at Hinkley Point which we and the supply chain need to help… If it [the first of the new power stations] stumbles, it’s awful lot harder to go for the one after and the one after that.”