There’s going to be a “shift towards Asia” in the world’s nuclear power industry. This despite the region’s previous nuclear powerhouse Japan scaling down its operations in the sector after […] 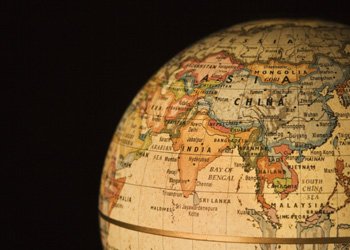 There’s going to be a “shift towards Asia” in the world’s nuclear power industry.

This despite the region’s previous nuclear powerhouse Japan scaling down its operations in the sector after its Fukushima nuclear accident in 2011.

In particular more power stations are being built in China according to Steve Kidd, Deputy Director General of the World Nuclear Association.

Giving a talk about the prospects for the energy source at the Nuclear New Build Conference in London, in the wake of the Japanese disaster, the nuclear expert said: “A considerable amount of growth is marching on in Asia, especially the Chinese. They have lots of reactors on the coast as well as in land, although the internal ones have been delayed post-Fukushima.”

He added there are lots of reactors planned to come online up to 2030 near Guangdong, a province on the South China Sea coast which is home to 80 million people. The nation’s massive 1.3 billion-strong population has until now relied for a large part on coal.

This Asian escalation won’t necessarily overtake the traditional nuclear powerhouses the United States and Europe which currently have the largest amounts globally, he suggested.

As for countries which haven’t yet stepped into nuclear, Mr Kidd went on to say that in the next few decades Vietnam and Belarus look most likely to take the plunge, while other nations like Turkey and Bangladesh might.

In Europe, Poland is considering nuclear too while Middle Eastern oil giant Saudi Arabia is weighing up which nuclear reactor to pick for a new programme and Malaysia is a possible nuclear candidate too, said Mr Kidd.