The UK Government has announced two preferred bidders for the carbon capture and storage competition worth £1 billion. DECC said the White Rose project in Yorkshire, England and the Peterhead […] 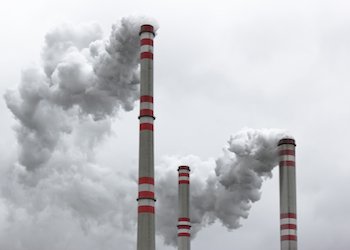 The UK Government has announced two preferred bidders for the carbon capture and storage competition worth £1 billion.

DECC said the White Rose project in Yorkshire, England and the Peterhead project in Aberdeenshire, Scotland were chosen from a shortlist of four after “intensive commercial negotiations”.

The first project involves Alstom, Drax Power, BOC and National Grid’s plan to capture 90% of the carbon dioxide from a new coal-fired power station at the Drax site in North Yorkshire, before transporting and storing it beneath the southern North Sea. Shell and SSE also plan to capture the same amount of carbon emissions from part of the existing gas fired power station at Peterhead and store it in a depleted gas field in the North Sea.

Energy Secretary Ed Davey said: “Today’s announcement moves us a significant step closer to a Carbon Capture and Storage industry – an industry which will help reduce carbon emissions and create thousands of jobs. These two are major infrastructure projects potentially worth several billion pounds and could support thousands of construction jobs over the next few years.”

The Government will now discuss the terms for the design, which is expected to last around 18 months and a final investment decision will be made in early 2015.

The Commercialisation Programme is part of the Government’s efforts to develop CCS technology, which includes a four-year £125 million research and development programme.