Consumers have named energy suppliers as one of the biggest culprits for getting bills wrong, with a quarter of households billed incorrectly in the last two years. That’s according to […] 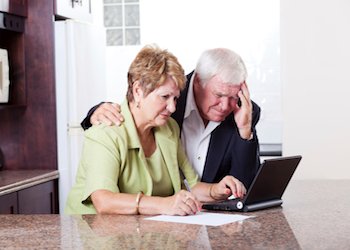 Consumers have named energy suppliers as one of the biggest culprits for getting bills wrong, with a quarter of households billed incorrectly in the last two years.

That’s according to a new survey by energy comparison site uSwitch.com, which claims it is the seventh year the energy industry has been ranked below banks, council tax departments, credit companies and other utility firms on accuracy. On average, energy firms take just over a month to resolve billing inaccuracies although 42% are sorted out within a week, the survey claims.

It also revealed over a third of households have unexpectedly owed money to their energy supplier following a discrepancy between an estimated bill and ‘real’ bill. The average amount owed is now £154 – £2 more than last year and £7 more than the year before, however, more than one in ten consumers have ended up owing £200-£400 while 6% have ended up owing more than £500.

Ann Robinson, Director of Consumer Policy said: “Consumers are paying more for their energy than ever before so the fact that millions continue to be plagued with inaccurate bills is simply unacceptable. Billing blunders are not just costly but can also take time and effort to sort out, leaving consumers both frustrated and out of pocket. The move to smart meters will eventually mean that households will be able to enjoy accurate, up-to-date bills based on their actual usage. The link between estimated bills, inaccuracy and debt will finally be broken.

“However, in the meantime it’s important that even more consumers join the growing ranks of those who now supply regular meter readings to their supplier. Consumers should aim to do this once a quarter as this simple step will help to improve the accuracy of energy bills and will break the vicious circle of estimated bills that can so often lead to debt.”