DECC’s energy policies will result in both winners and losers

The Government’s energy policies will result in both winners and losers as they will only benefit householders that take advantage of efficiency schemes like the Green Deal. The comment from […] 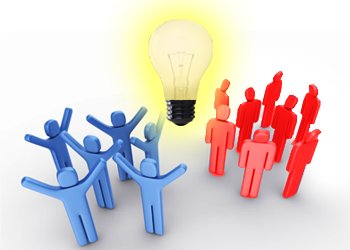 The Government’s energy policies will result in both winners and losers as they will only benefit householders that take advantage of efficiency schemes like the Green Deal.

The comment from uSwitch.com follows DECC’s latest publication of the impact of energy and climate change policies on household bills. The analysis claims household energy bills will on average be around 11% or £166 cheaper in 2020 than they would have been if the policies had not been in place so the price comparison site is urging consumers to take action and be more energy efficient.

Ann Robinson, Director of Consumer Policy at uSwitch.com, says: “This report is a snapshot based on what DECC knows today – and this will keep changing and updating over the coming years. However, the underlying message is clear – there will be winners and losers as a result of the Government’s energy policies. The winners will be those who take action to make their homes as energy efficient as possible to cushion themselves from the impact of policies on their bills.

“As far as consumers are concerned, the writing really is on the wall. While DECC is saying that households will benefit from its policies overall, the fact is that this will only be the case if they adapt their behaviour. This means taking advantage of schemes such as Green Deal, which can help them to ‘future-proof’ their homes.”

She added Ofgem needs to “move ahead swiftly” with its market reforms as consumers will need the protection of a strong and competitive market to help keep energy prices under control.

DECC also noted nearly half of the costs on an average household bill is made up of wholesale energy prices and only 9% includes Government policy.

Environmental and consumer groups suggested the Government should invest more in clean energy.

Friends of the Earth’s Head of Campaigns Andrew Pendleton said: “This report confirms that gas price hikes have been the driving force behind our soaring fuel bills and that spending more on clean power and energy saving is a wise investment for our economy – provided it’s done with clarity and vision. Harvesting the UK’s huge clean power potential and a comprehensive energy efficiency programme, financed by carbon taxes, is our best bet for tackling climate change and stabilising future fuel bills.”

Which? said the Government must ensure the savings for consumers they have estimated becomes a reality. Executive Director Richard Lloyd added: “That will require more transparency and scrutiny of their plans and more practical help for people to make their homes energy efficient. Effective competition in both the wholesale and retail energy markets will also help keep prices in check but the Government’s plans for reform don’t yet go far enough to give people confidence that the price they are paying for their energy is a fair one.”

The trade association for the energy industry welcomed the report and said consumers should know what they are paying for on their bills.

Angela Knight CBE, Chief Executive of Energy UK said: “Social and environmental levies, the regulator’s decision on how much the maintenance and upgrading of the networks should be and taxation, amounts now to 34% of an average household dual fuel bill, according to the report DECC released today.

“There are other costs included in the bill too such as the wholesale cost of energy, the company’s operating costs and profit. Energy companies have been working hard to make their bills clearer and explain these varying costs to their customers. But an open and honest discussion is needed with consumers on what energy policy means for them. Energy security, investment and job creation are all needed but it will come with a price tag.”