Fears have been raised that Thailand could face power blackouts in April if it doesn’t get to grips with an impending energy crisis. The nation is preparing for a huge […] 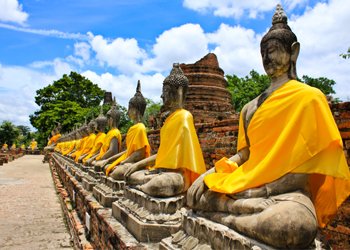 Fears have been raised that Thailand could face power blackouts in April if it doesn’t get to grips with an impending energy crisis.

The nation is preparing for a huge national holiday where thousands celebrate over a couple of days, culminating in Songkran or Thai New Year on 13 April.

However the Electricity Generating Authority of Thailand (EGAT) has expressed confidence the nation won’t suffer an energy crisis between 9-10 April when industrial plants boost their production ahead of the Songkran holidays, the National News Bureau of Thailand reported on Friday.

EGAT Governor Sutat Patmasiriwat said his group has checked and found 1,400MW worth of back-up electricity for each day.

Meanwhile the nation’s Federation of Thai Industries (FTI) invited factories across the country to stop their machines for most of Friday to help save energy, reported NNBT.

As early as February this year, Thailand’s Energy Minister Pongsak Raktapongpaisal was warning home owners and government agencies to save power to avoid an energy crisis.