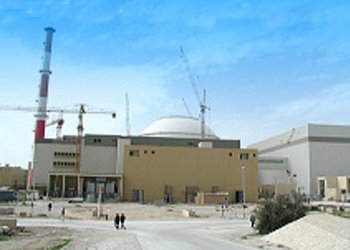 The 6.1 magnitude quake was registered at 4.22pm local time (11.52 GMT) by the Seismological centre of Bushehr province, the Iranian news agency Fars reported.

Four aftershocks rocked the town of Kaki and the nearby city of Khour-Mowj and were felt by neighbouring nations Kuwait, Qatar and UAE, said state news site Press TV.

An official from the power plant’s Russian operator Atomstroyexport told one news outlet the plant is “undamaged”.

However the quake is bound to provoke fears of an accident similar to that at Japanese nuclear plant Fukushima in 2011 after a massive 9.1 Richter earthquake and tsunami.

Iran sits on several major fault lines and frequently experiences earthquakes and 31,000 people were killed after one in 1990.