The number of people who owe money to their energy supplier has risen by more than one million in a year, with around one in five households now in debt, […] 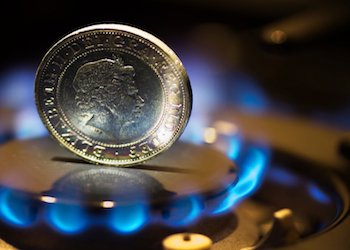 The number of people who owe money to their energy supplier has risen by more than one million in a year, with around one in five households now in debt, a new study suggests.

UK consumers owe a total of £637 million now, 6% more than last year. The research by uSwitch.com also reveals more than four in ten of those in debt said they owe more money now than they did a year ago and just 9% owe less.

However, it claims although average debt per household fell by £8 to £123 early last year, the impact of price hikes this winter plus the coldest March could see the figure shooting back up. The average household energy bill is now £1,353 per year – almost £100 more than a year ago and £831 more than at the start of 2004.

Ann Robinson, Director of Consumer Policy at the price comparison website said: “The soaring number of households in debt to energy suppliers is a clear indication of the pressure people are coming under just to meet the cost of their basic bills. The fact that a million more households have fallen behind in the last year so that over five million are now in debt to suppliers tells us everything we need to know about the impact of sky-high energy prices.”

The study also reveals 22% of those in debt are “turning a blind eye” to it in the hope the amount will reduce over time. Almost one in ten are agreeing to a repayment plan with their supplier while 2% expect to move to a prepayment meter, which the comparison site claims could be more expensive.