Householders in north London “must almost double” their recycling rate to ensure targets are met despite an increase compared to last year. The North London Waste Authority (NLWA) released its […] 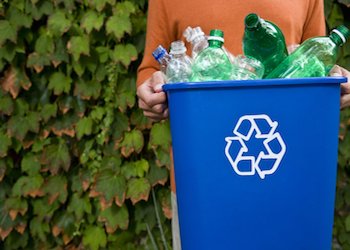 Householders in north London “must almost double” their recycling rate to ensure targets are met despite an increase compared to last year.

The North London Waste Authority (NLWA) released its quarterly waste and recycling figures for north London boroughs of Barnet, Camden, Enfield, Hackney, Haringey, Islington and Waltham Forest, which showed the recycling rates stood at 32.9% in 2012/13, up 2.4% from 30.5% in 2011/2012.

Of the total waste collected from the boroughs, 26.6% was sent to landflll and the remainder was used for energy recovery. However, NLWA said the figures are still far off north London’s councils’ target of recycling 50% of household waste and sending less than 15% to landfill by 2020. London Mayor Boris Johnson has also set a target for London to achieve zero waste to landfill by 2037.

Councillor Clyde Loakes, Chair of NLWA said he was pleased with the progress but felt there was a lot of work to be done. He said: “If we are going to achieve our targets, north London residents will need to almost double the amount of waste currently recycle.”

A recent poll commissioned by NWLA found a huge difference between perceived levels of recycling and the actual figures. It showed almost half of residents thought the recycling rate was currently more than 30% while a quarter thought it was over 50%.

Councillor Loakes added: “It is apparent that people think they are recycling far more than they actually are. The key to achieving our targets is to ensure people know how much they are currently recycling, which gives them the basis from which to aim higher, what the targets are and what they can do to help work towards them.”

NWLA has launched a campaign called ‘Wise Up to Waste’, which aims to raise awareness and inform people of what happens to the waste when it leaves their homes.