More biofuels ‘could push up cost of driving’

Government insistence on using more biofuels in transport fuel could push up the cost of driving, a new report on the “trouble with biofuels” claimed today. Biofuels are made from […] 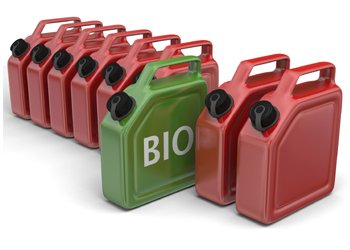 Government insistence on using more biofuels in transport fuel could push up the cost of driving, a new report on the “trouble with biofuels” claimed today.

Biofuels are made from biological matter such as plants or corn and the EU believes they will help drive down emissions from cars, trucks and planes by replacing fossil fuels.

Nearly £1 billion has been invested in producing sustainable biofuels in the UK, according the Renewable Energy Association, which counted as many as 200 companies and 3,500 jobs across the supply chain in the country in a recent report.

However the Chatham House thinktank suggests biofuels are not a “cost-effective” way of driving down emissions in the nation’s transport sector.

Its latest report suggests a 5% biofuel target brought in by the Government is likely to cost UK motorists around $700 million (£460 million) in the current financial year (2013/14).

It claims that if the UK is to meet its EU obligations, the yearly cost to UK motorists could rise to roughly $2 billion (£1.3 billion) a year by 2020.

Rob Bailey, author of the report said: “Current biofuels are at best an expensive way of reducing emissions. At worst they produce more emissions than the fossil fuels they replace and contribute to high and unstable food prices. Policymaking needs to catch up with the evidence base.”

The report argues that using biofuels can push up food prices as crops are used for fuel rather than food, leading to problems for poorer countries which struggle with famine.

It also suggests biofuels indirectly forces farming into land areas with high carbon stock such as rainforest or peatland, leading to “indirect land-use change” which could end up producing more emissions, possibly outweighing any greenhouse gas savings the biofuels are able to offer.