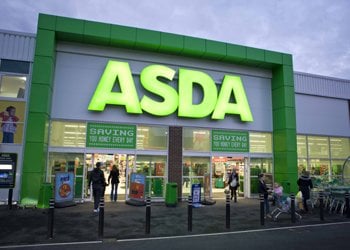 US supermarket giant Walmart unveiled yesterday “dramatic” plans to ramp up energy efficiency and hit its target to be powered by100% renewable energy – which it believes will save $1billion (£650m) a year in energy savings once they are achieved.

The supermarket which has 10,500 stores around the world under different brands – including Asda in the UK – wants to generate or buy 7 billion kWh of renewable energy globally every year, a 600% increase over 2010 levels. It expects these efforts will be equal to eliminating the need for roughly two US fossil fuel power plants.

It also pledged to slash the energy used for every square foot of property it uses: it intends to reduce the kWh/sq. ft. energy intensity by 20% compared to 2010 levels. The company has committed to reaching these two targets by December 31, 2020.

At the firm’s Global Sustainability Milestone Meeting yesterday, President and CEO Mike Duke said: “More than ever, we know that our goal to be supplied 100 percent by renewable energy is the right goal and that marrying up renewables with energy efficiency is especially powerful. The math adds up pretty quickly – when we use less energy that’s less energy we have to buy, and that means less waste and more savings. These new commitments will make us a stronger business, and they’re great for our communities and the environment.”

The firm said the measures would avoid emitting nine million metric tons of greenhouse gas (GHG) emissions, the equivalent of taking 1.5 million cars off the road – which would counter the growth of emissions from the company’s largest GHG source, energy used to power buildings, by 2020.

Mr Duke suggested finding cheap, cleaner energy would be better for its 200million customers’ wallets: “When I look at the future, energy costs may grow as much as twice as fast as our anticipated store and club growth. Finding cleaner and more affordable energy is important to our everyday low cost business model and that makes it important to our customers’ pocketbooks.”

In the United States alone, Walmart hopes to install solar power on at least 1,000 rooftops and facilities by 2020.