Senators from both political parties in the United States re-introduced a bill for energy efficiency last week. It failed last year in a wider form but now Democrat senator Jeanne […] 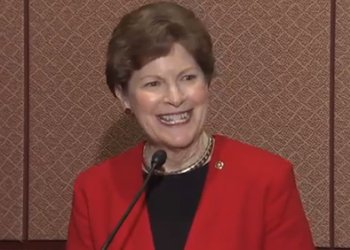 Senators from both political parties in the United States re-introduced a bill for energy efficiency last week.

The bill is designed to promote energy savings in residential and commercial buildings and industry. More than 200 organisations are said to be backing the legislation which includes a requirement that the federal government adopt energy-saving practices.

It will also strengthen building codes which demand new buildings are more efficient and set up a new Department of Energy programme – called SupplySTAR – which will improve the efficiency of companies’ supply chains.

Senator Shaheen declared the plans would be a “quick win” for the economy, taxpayers and the environment. She said: “We don’t often get legislation that brings Republicans, Democrats, business, labour and environmental leaders together, but with this bill we have done that. Energy efficiency is the fastest, most cost-efficient way to tackle our energy needs and keep our economy competitive all while creating needed and sustainable jobs.”

A study by experts at the American Council for an Energy Efficient Economy found that last year’s version would have saved consumers $4 billion (£2.6bn) by 2020 and helped businesses add 80,000 jobs to the economy.

Senator Portman added that although Washington can seem “pretty divided these days” but there are some areas all sides can agree on: “By making it easier for employers to use energy efficient tools, we are helping them to reduce their costs, enabling them to put those savings toward expanding their companies and hiring new workers. Some of the original legislation’s provisions have already become law, and now it’s time to finish the job.”