Cash poured into renewables could jump 230% over the next two decades, according to new predictions. The “likeliest” scenario is that global investment will jump to $630bn (£414bn) per year […] 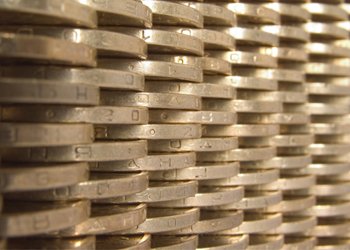 Cash poured into renewables could jump 230% over the next two decades, according to new predictions.

The “likeliest” scenario is that global investment will jump to $630bn (£414bn) per year by 2030, found Bloomberg New Energy Finance (BNEF).

Renewables will account for between 69% and 74% of new power capacity added by 2030 worldwide. That’s under the “new normal” whereas a more conservative, “traditional” scenario suggests $470bn will change hands every year.

Under the “barrier busting” scenario, capital needs for renewable energy could smash $880bn a year by 2030 – which would spell a total of $9.3 trillion invested from 2013.

The predictions are drawn from BNEF’s Global Energy and Emissions Model, a model which analyses the main factors which will sway the future energy market.

Guy Turner, BNEF’s head of economics and commodities suggested renewables are set to become an “anchor” for the energy world.

He said: “This is the first time we have produced such detailed analysis of the future world energy system under different scenarios. It highlights that, in spite of the recent news showing a downturn in clean energy investment since 2011, renewable technologies will form the anchor of new generating capacity additions, even under a less optimistic view of the world economy and policy choices.”

He went on: “The main driver for future growth of the renewable sector over this timeframe is a shift from policy support to falling costs and natural demand.”