The UK’s nuclear authority is to conduct a series of plutonium swaps and transfers in a bid to allow the nation to gain more control of the chemical element. The […] 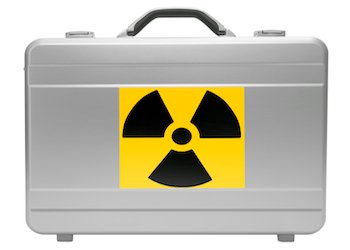 The UK’s nuclear authority is to conduct a series of plutonium swaps and transfers in a bid to allow the nation to gain more control of the chemical element.

The Department of Energy and Climate Change said the transactions will offer a cost-effective and beneficial arrangement and avoid the need to physically transport plutonium – which is used in most nuclear plants to produce energy – across borders.

Under the swaps and transfers, the Nuclear Decommissioning Authority (NDA) will take ownership of around 750kg of plutonium stored in the UK – previously owned by German utilities – and 350kg from Dutch firms. It will also facilitate a swap of ownership between Japanese and German companies as well as gain control of around 1,850 kg of plutonium that was originally allocated to replay loans to France.

Baroness Verma, Minister of State for Energy said: “This is about dealing with plutonium, already in the UK, which has arisen from legacy overseas reprocessing contracts, in a responsible and appropriate manner. These swaps and title transfers benefit the UK, firstly by avoiding the need to transport separated plutonium overseas, which carries with it the associated significant security measures and secondly by affording us control over more of the civil plutonium in the UK which in turn gives us greater certainty over how we can deal with our overall plutonium legacy.”

DECC said the transactions will not result in any new plutonium being brought into the UK and will not increase the overall amount. The financial benefits to the UK of taking ownership are considered to be sufficient to offset the estimated long-term cost of managing that plutonium in the country.